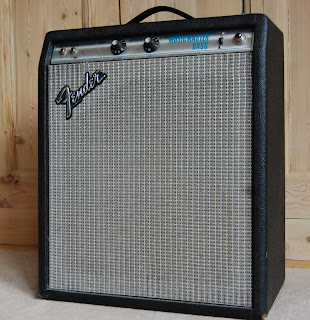 I picked up a well used Music Master cheap on ebay and decided to improve this under-rated practice amp from the ‘70s.

Although originally sold as a Bass amp it has built a small following of guitarists who tweak it for use as a guitar amp.  Versatility is not this amps thing – just 12 watts of 6v6 powered tubey goodness.

The standard mods are well documented here.  Essentially to tweak the Volume/Tone circuit to mimic a Fender Harvard,  the coupling capacitors to fatten the tone, and replace the original crappy speaker.

The amp that I bought came all original, including valves, so I also replaced them with TungSol 6v6s. 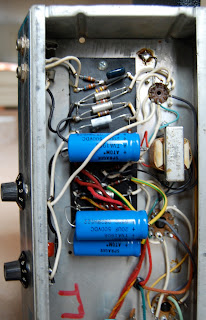 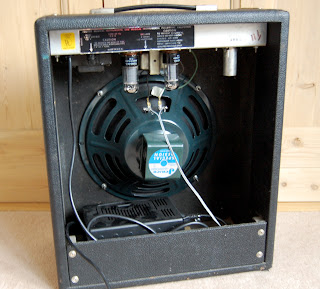 I  have not got round to recording a demo yet, but you can hear a stock model on youtube with single coils.. sweet bedroom amp.