This page documents the building of reproduction of a 'Blackface Fender Princeton Reverb' based on a kit from Vyse Amps.  The objective to build a high quality, custom amp that can be easily modified and maintained indefinitely.

> Part 1 - Building the circuit board

I had never actually made an eyelet board before, first step to drill holes and postion the eyelets to accomodate the components. 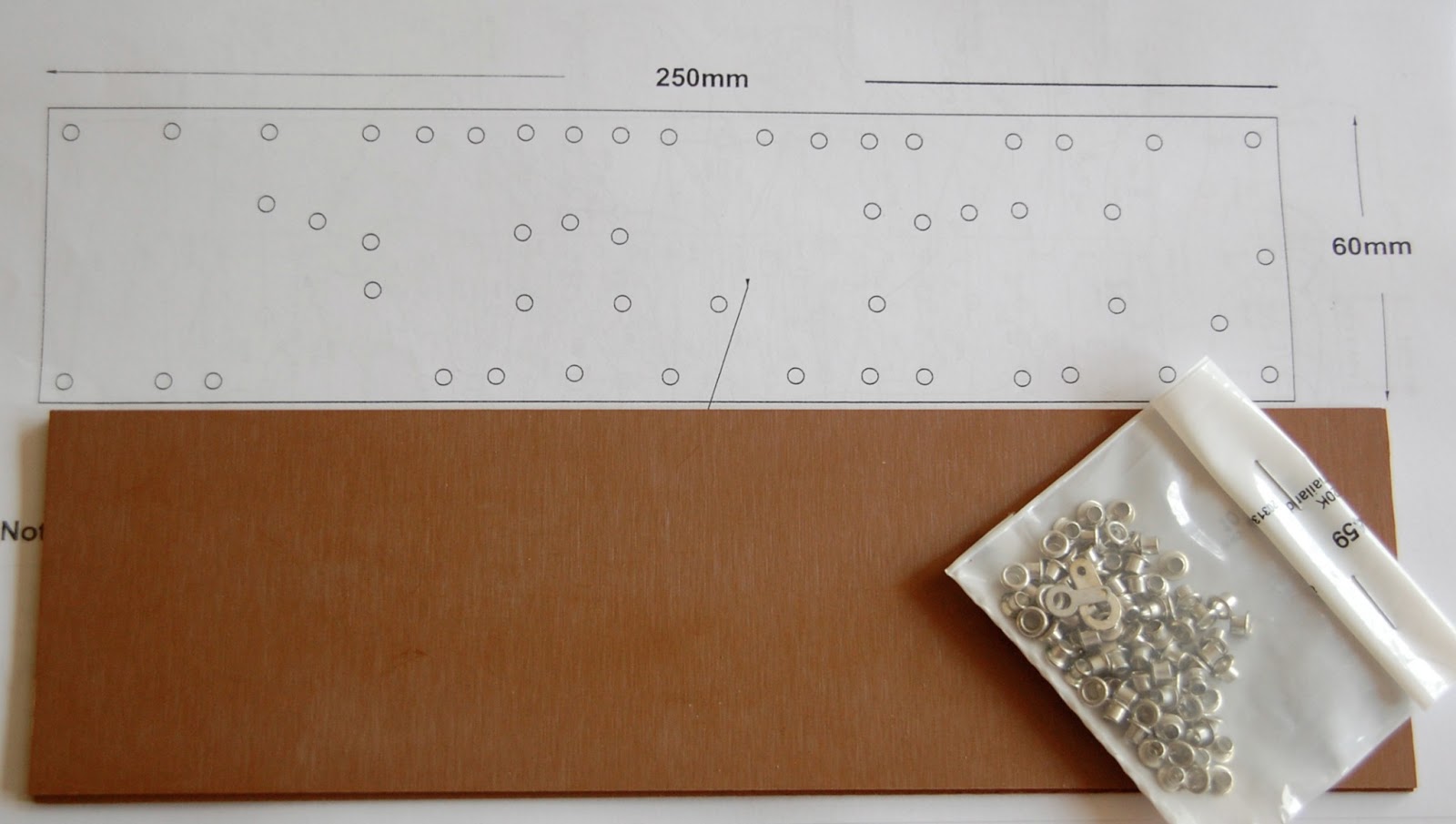 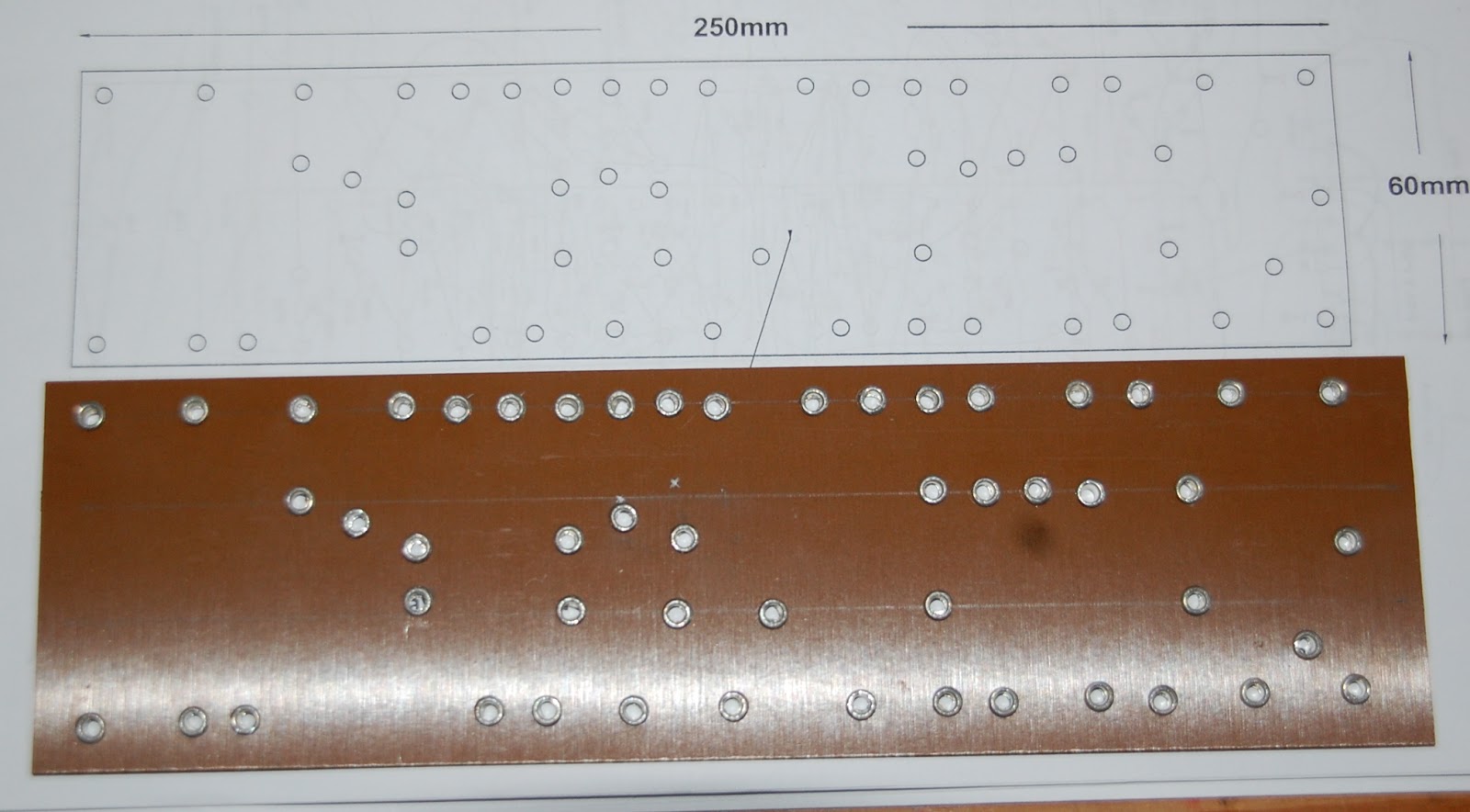 Several hours of soldering later, the board is populated following the layout instructions supplied 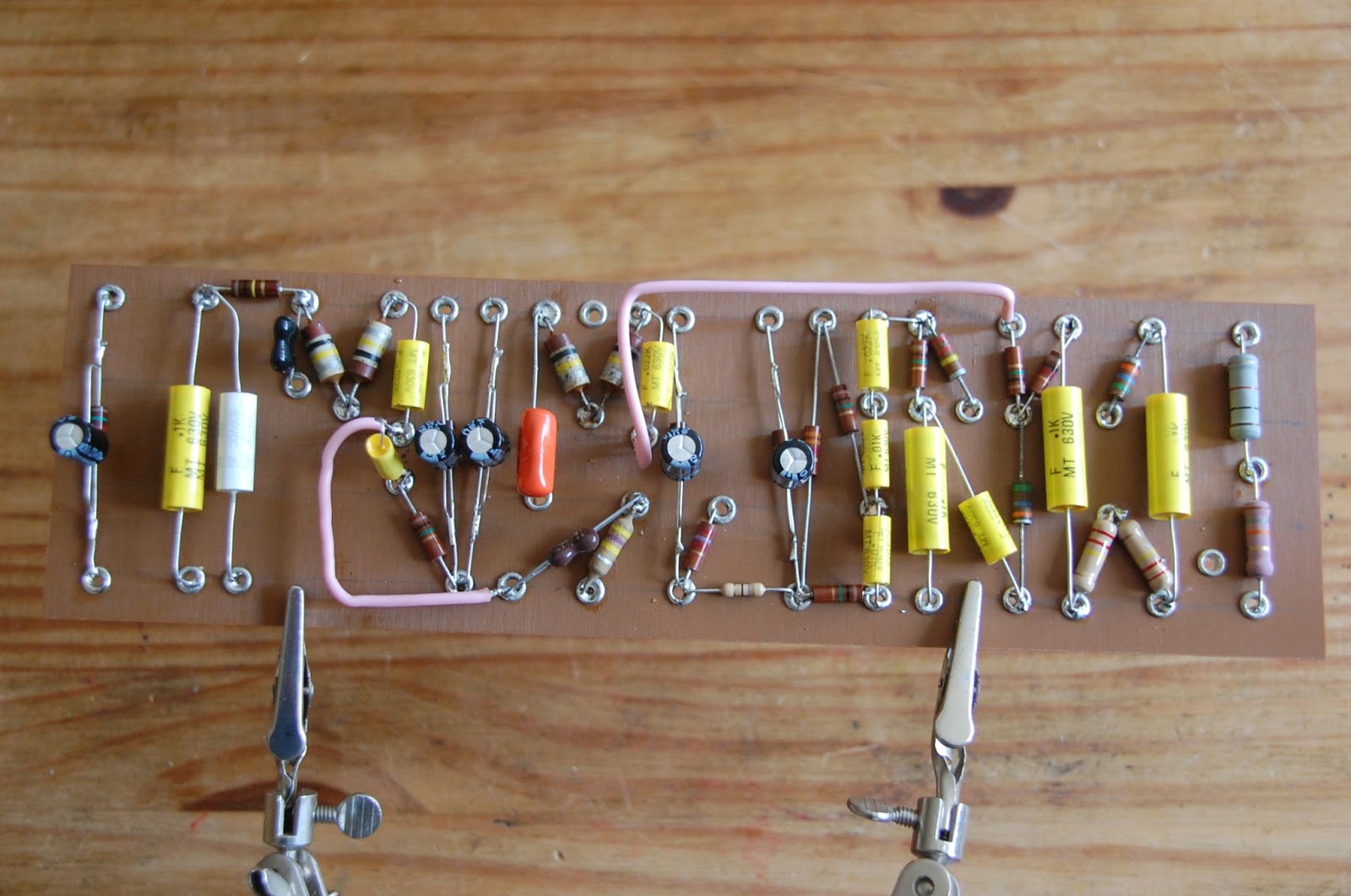 The chassis came pre-drilled, although a few extra holes were needed for the cap cans and jacks on the rear panel.  Barry at Vyse anps loaned me a Qmax punch - very helpful.. 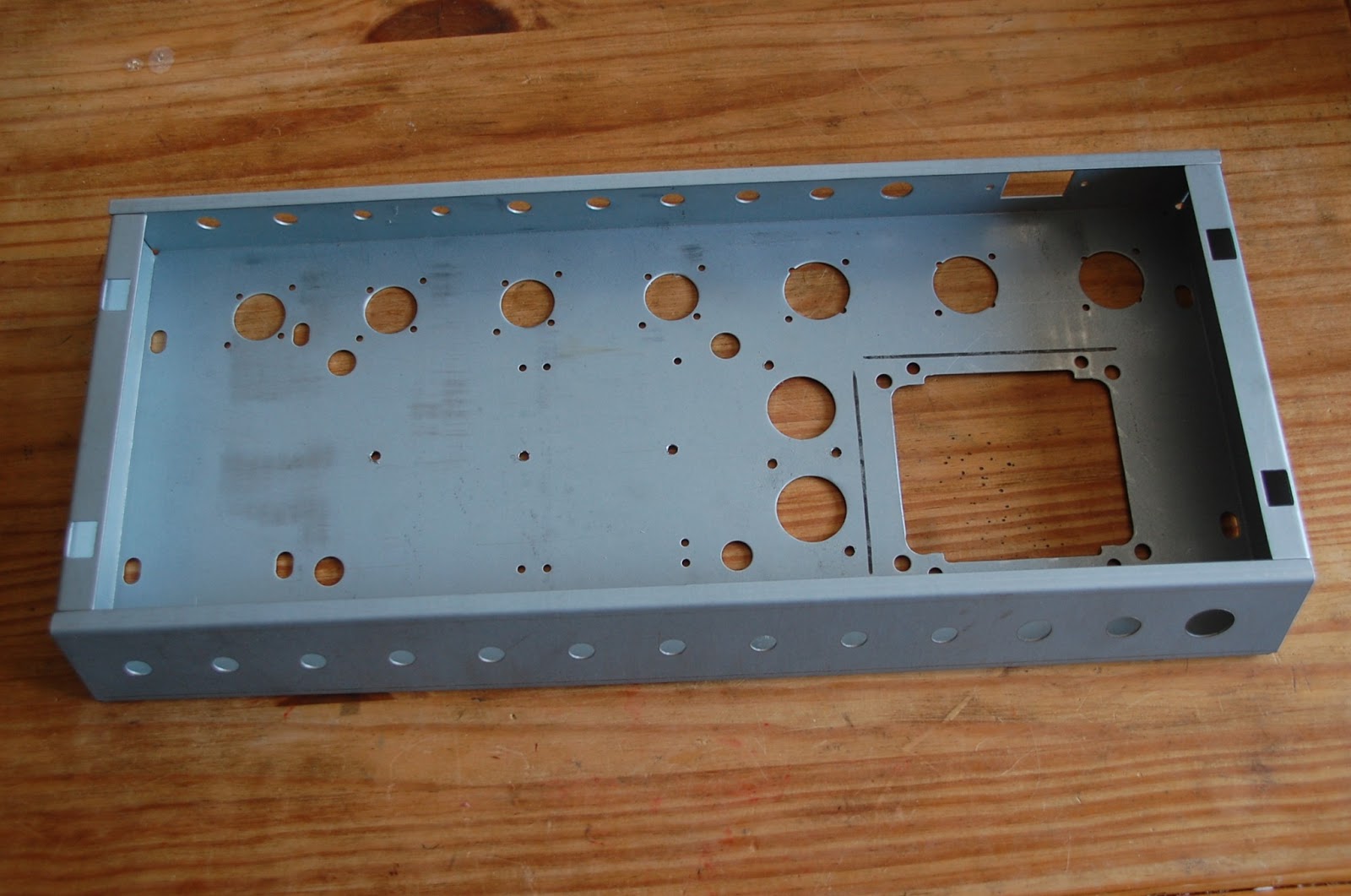 Then an hour or two of 'meccano' type assembly, and all the hardware now place to start the internal wiring. 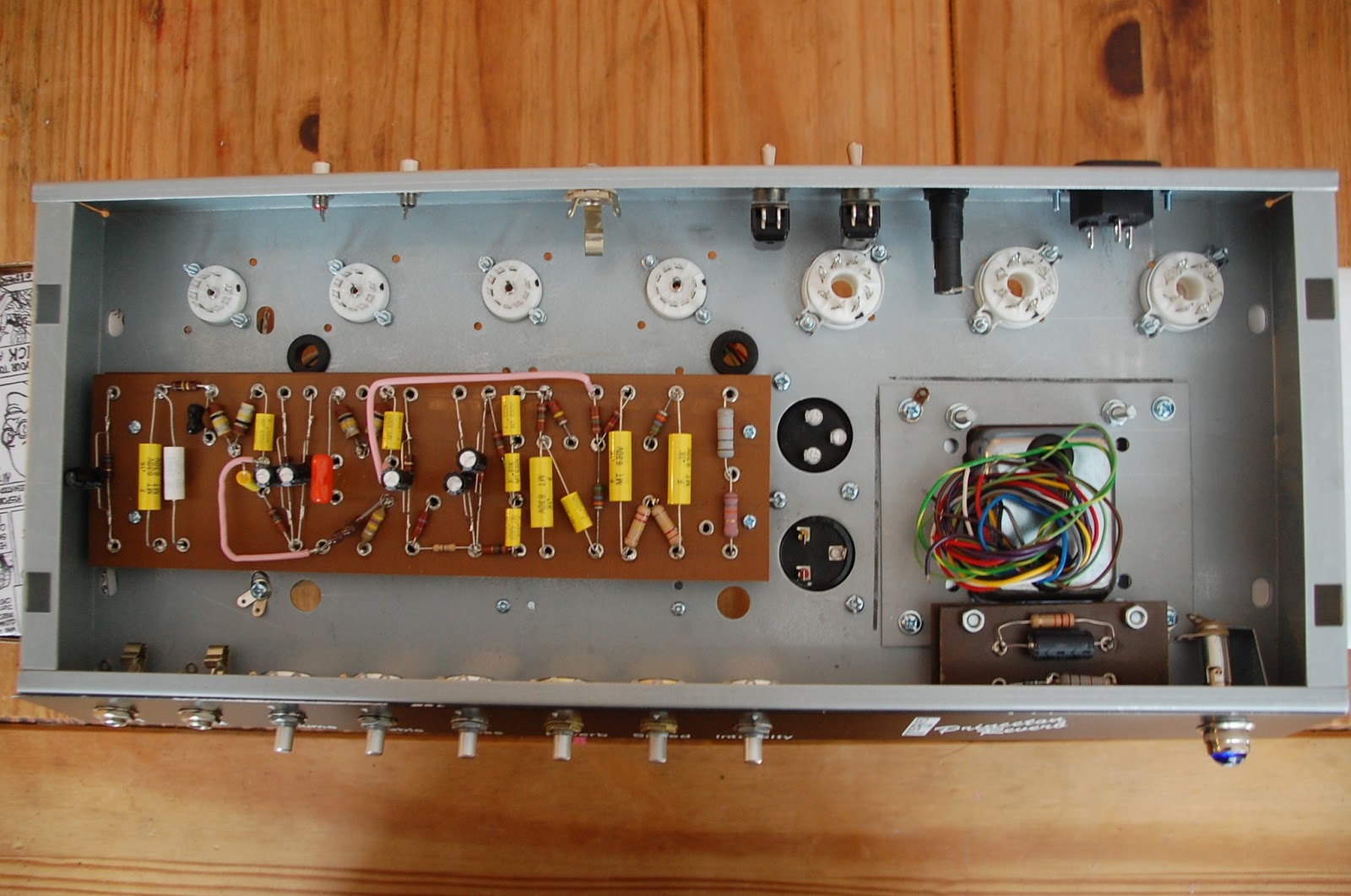 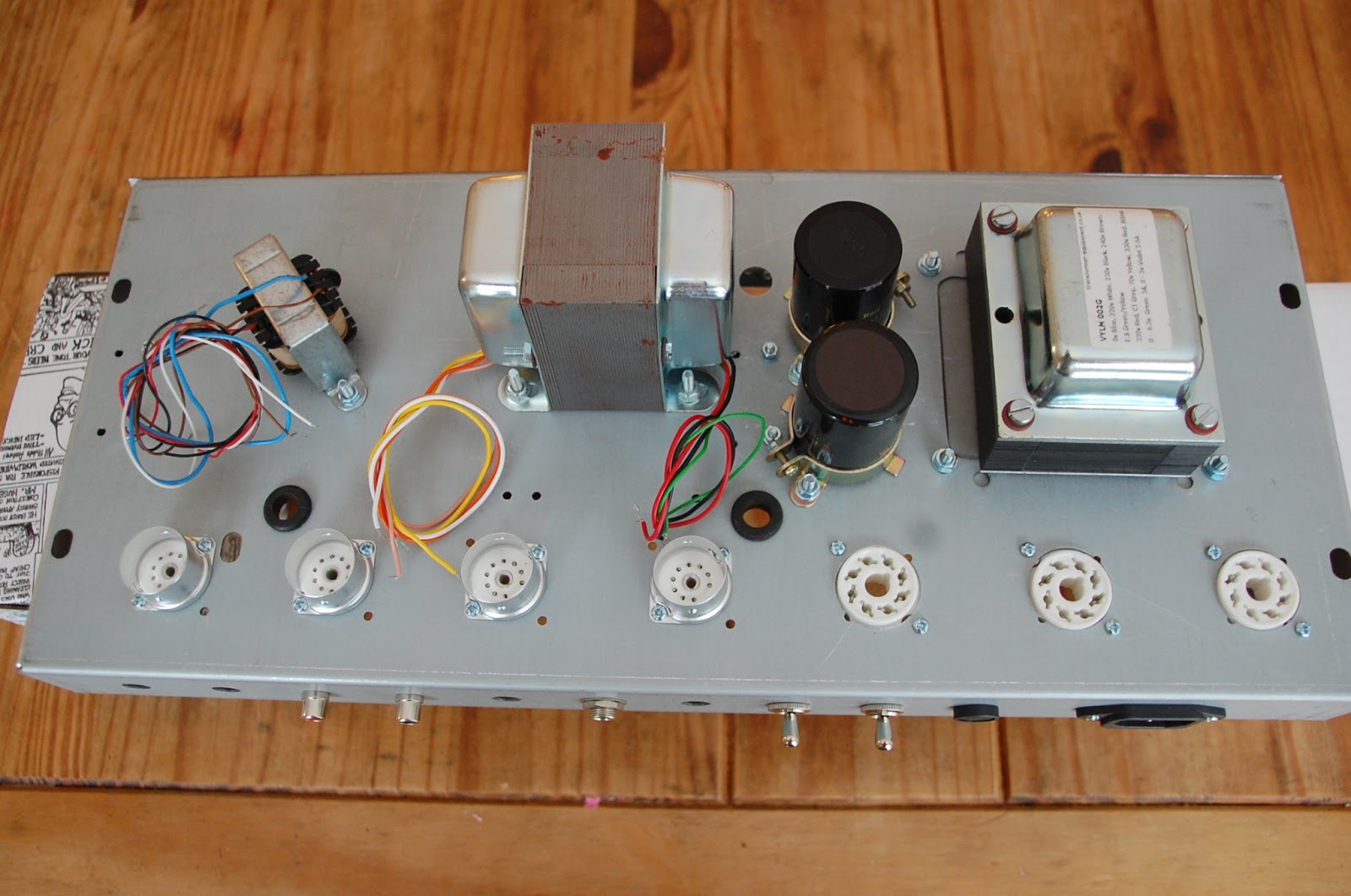 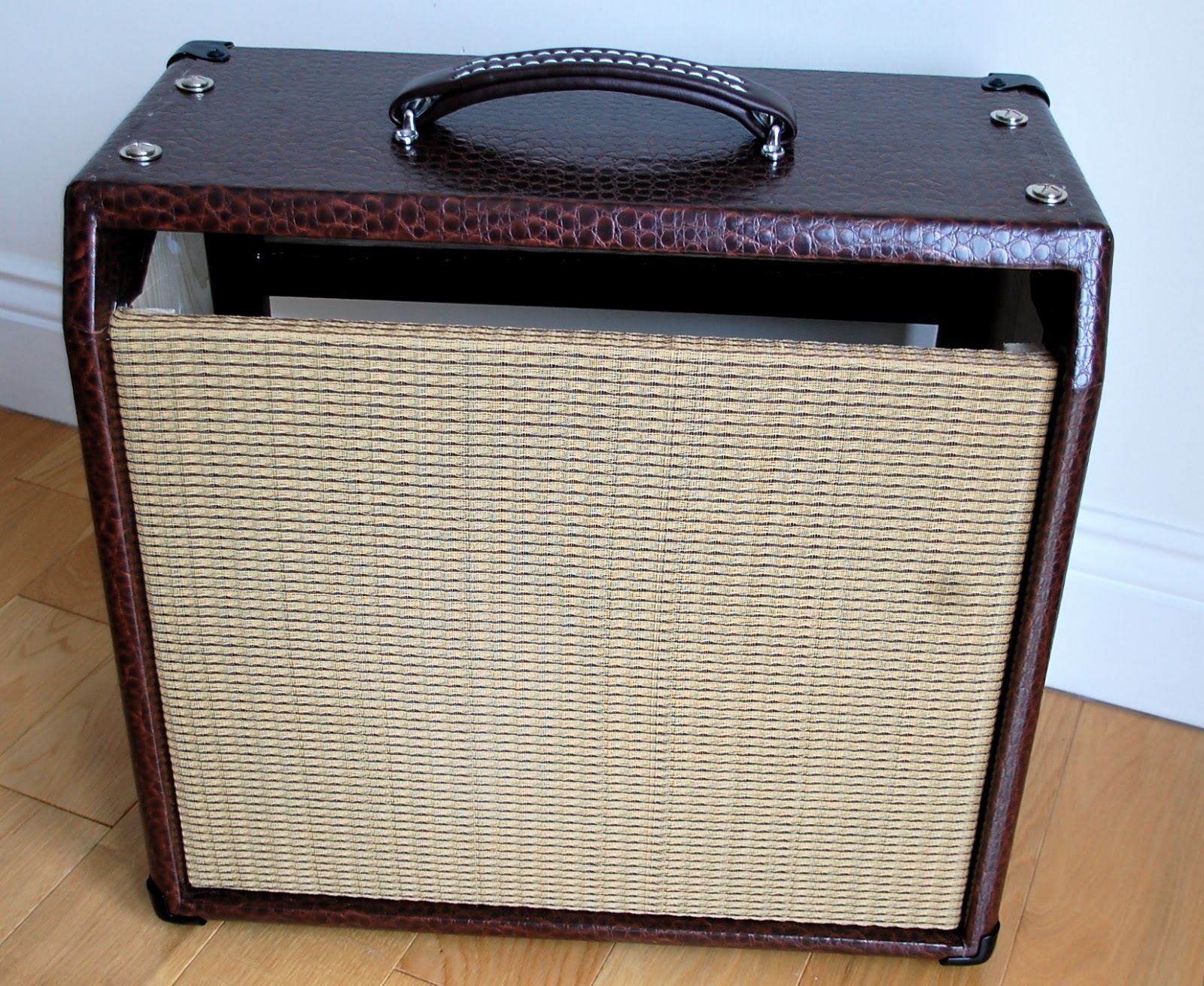 For the cabinet & speaker I have diverted from original Princeton spec. - I wanted a 12" speaker and bespoke look.  For the speaker I elected for a Jensen P12R Alnico and for the covering an 'alligator skin' tolex with a wheat grill cloth. (not sure what the smudge is on the grill in the photo - its just a shadow).

Vyse Amps did an awesome job of the tolex covering  and supplied the cabinet and speaker fully assembled on request.

Over time I may swap the black faceplate for brown....

After a few more hours the internals are coming on slowly, and I completed the output valve wiring 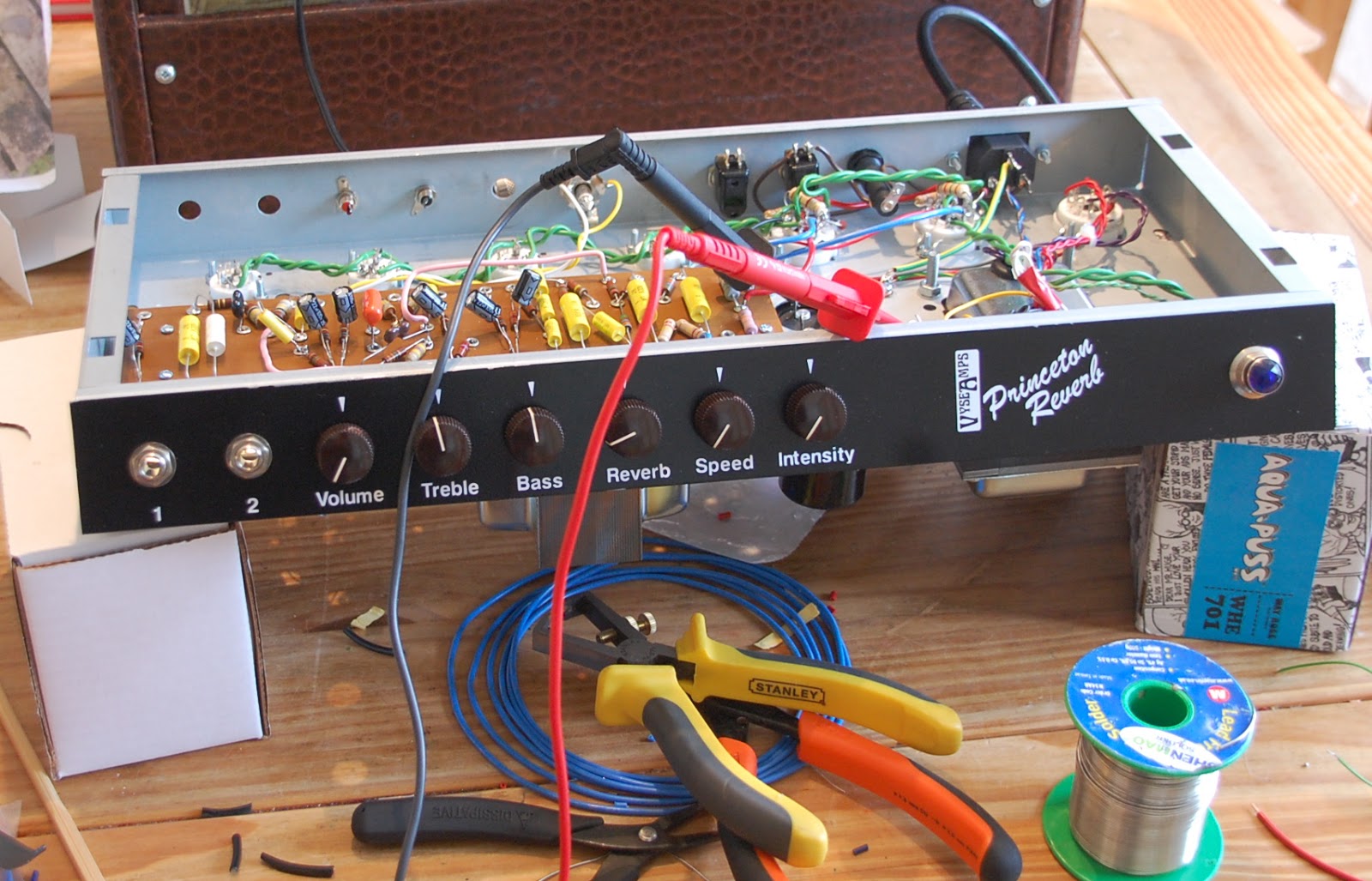 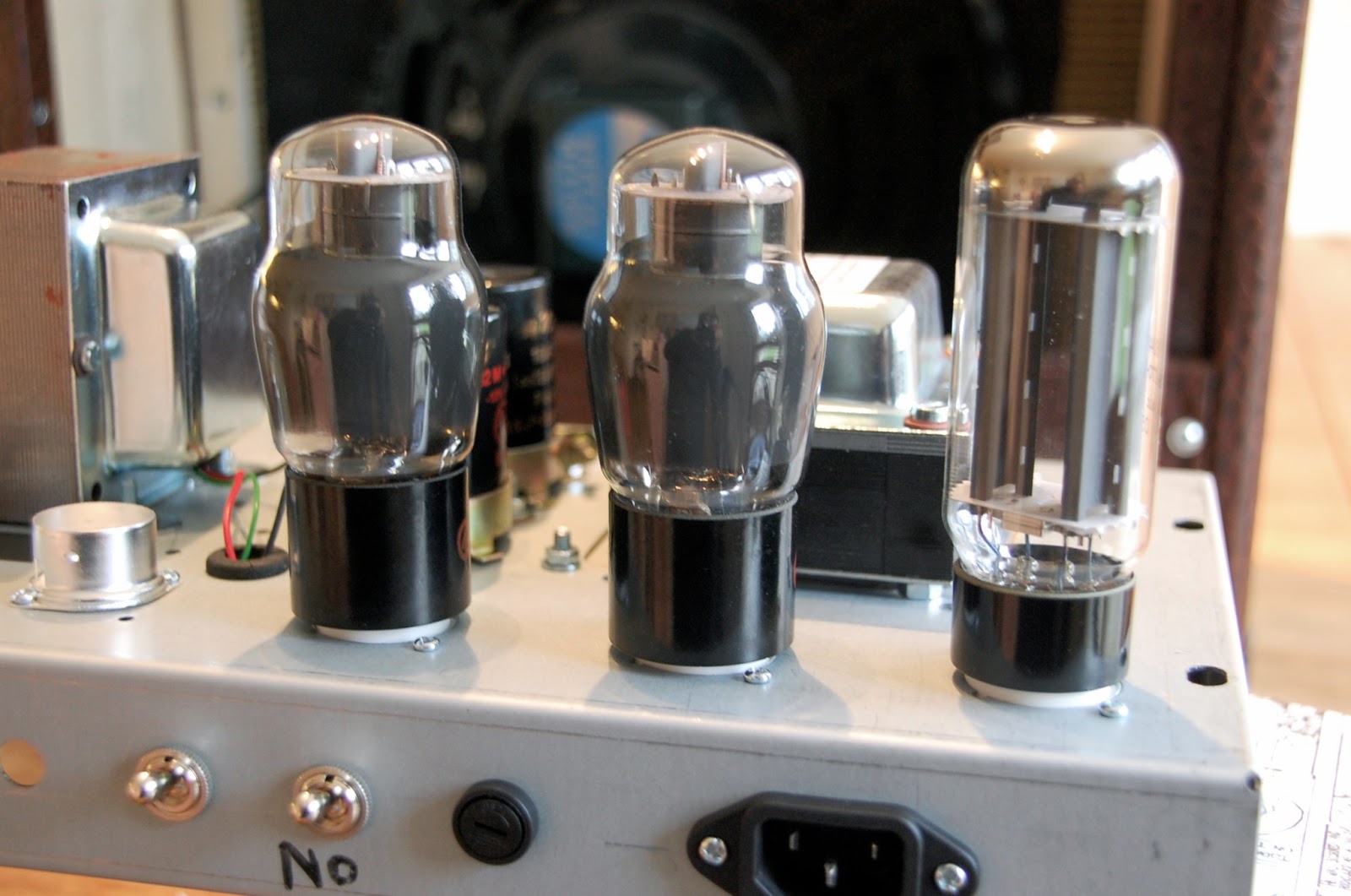 and I fitted a nice chunky leather handle 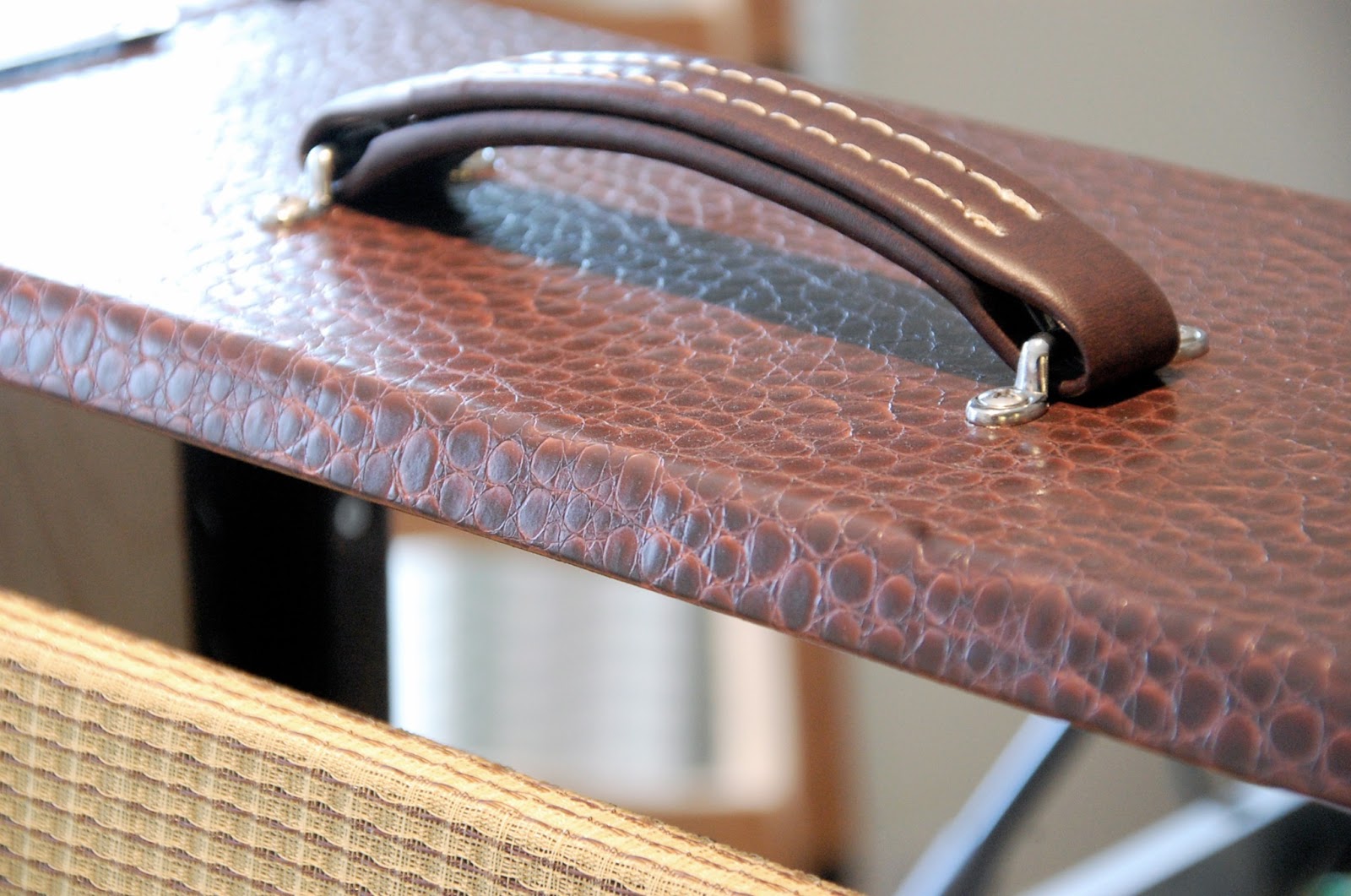 I completed the wiring and spent many hours fault finding and measuring AC and DC voltages.

All tested ok, however at first full power up to test with a signal I got smoke from an over heating power supply resistor.
Fault finding now begins in earnest.  Pics of the completed (if not yet working) amp 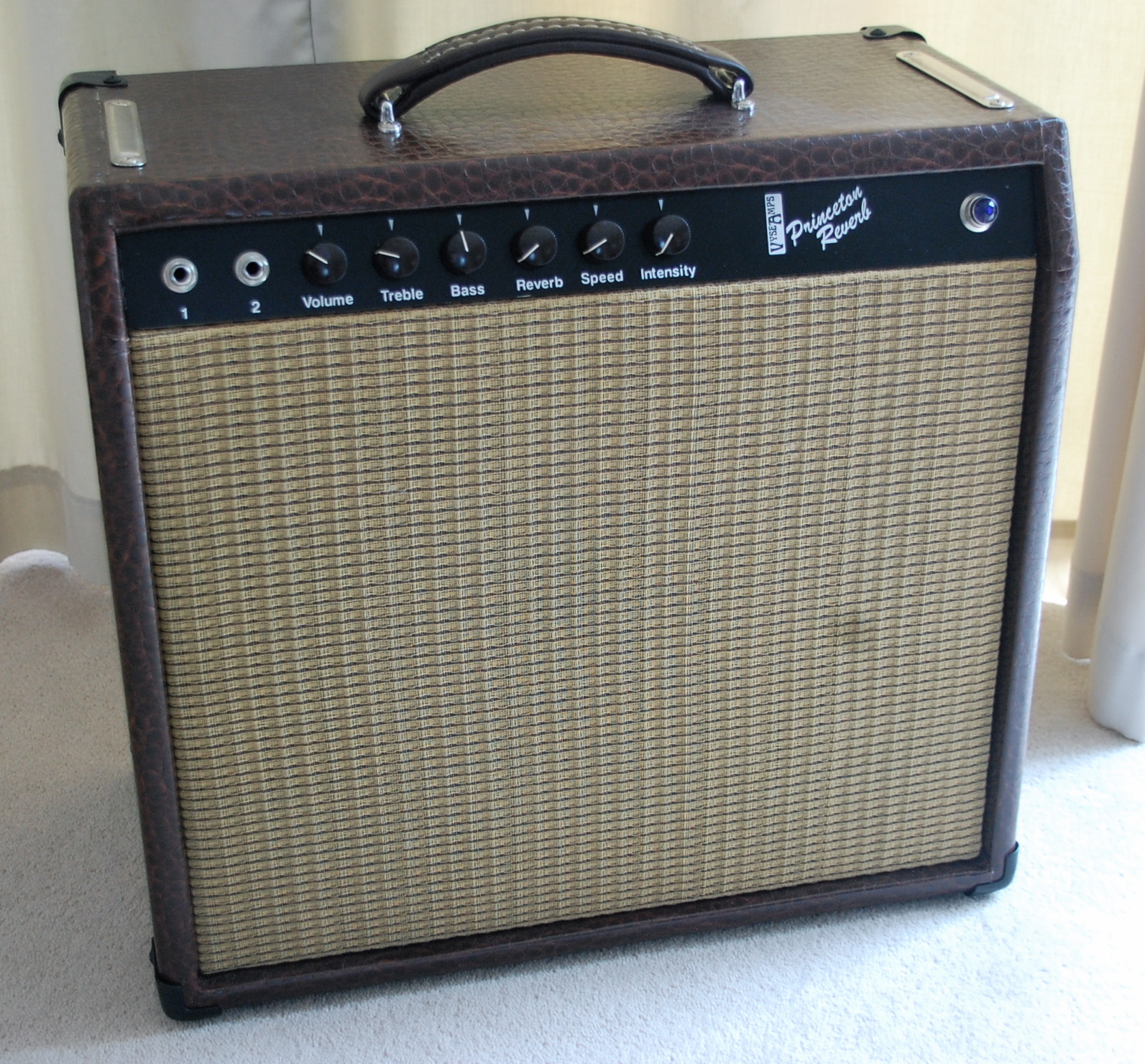 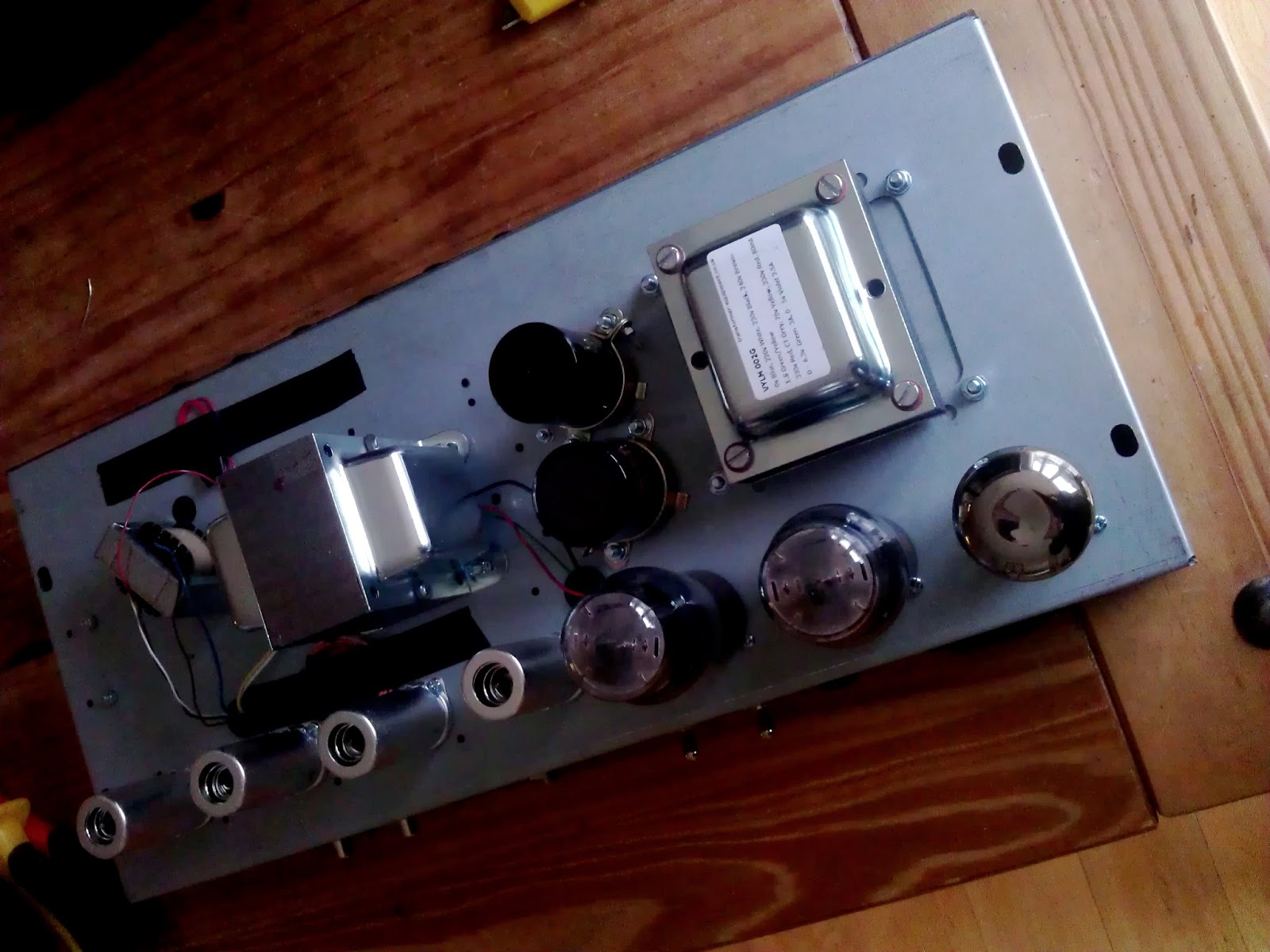 I discussed the situation with Barry at Vyse Amps and he kindly agreed to take a look with me.  After several tests it appears that one of the power valves was faulty - even though they tested positive on a valve tester at low voltage.

Now the amp is stable at power on with all voltages present and correct.

Plugging in a guitar gave a very low output signal, some scratchiness in the volume control, obviously something wrong with the wiring, joints or connectors in the pre-amp stages.

Signal generator and oscilloscope next to test the signal at each pre-amp stage.

Finally several faults found and resolved.  The faulty power tube as above, a leaky treble capacitor and a couple of dry joints....